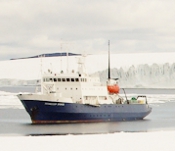 Alison sailed with us on one of our sailing holidays a couple of years back. We soon found out about our mutual interest in things Polar and have kept in touch ever since. We were very excited to hear about her latest expedition.You can read the full version of her expedition blog here.

One hundred years ago, Captain Robert Falcon Scott sailed to the Antarctic to make an attempt on the South Pole and carry out the most ambitious programme of scientific research yet conducted on that remote continent.

When I first heard of plans to take descendants of those explorers on a voyage to the Antarctic to commemorate the centenary of that fateful expedition, I knew I had to be there among them.
While not a family member myself, my interest in the heroic age of polar exploration has led me to immerse myself in the diaries and journals of those men. The chance to visit the huts where they lived and sites where they explored among such company could not be missed. 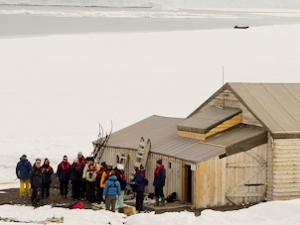 The fact that the centennial voyage organised by the Friends of the Scott Polar Research Institute was to be aboard the Spirit of Enderby, an ice-strengthened ship carrying just 48 passengers, sealed my decision to join this relatively intimate expedition. I knew that expedition leader Rodney Russ would make every effort to make it a special occasion for those following in the footsteps of their forebears. 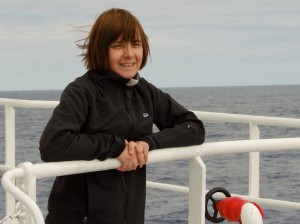 Alison at sea, heading for the Antarctic.

Having made the decision to go, I then went on my own “voyage of discovery” by immersing myself in research aimed at increasing my appreciation of the places I would be visiting and their historical significance.

Over the year leading up to the voyage, I researched and annotated a map showing the major sites of historical exploration around the Ross Sea between 1841 and 1917, transcribed the sledging journals of one of Scott’s men, Lieutenant Henry “Birdie” Bowers, on behalf of the Scott Polar Research Institute, and carried out original research into the ponies that Scott took to the Antarctic for an informal lecture programme that we were to give on the ship, in much the same way as Scott’s men gave lectures to while away the long hours of darkness during their winter cooped up in the hut at Cape Evans.

To put myself in the mood for the expedition, I also joined Su and John for a training weekend on Trinovante, before helping to crew the schooner Noorderlicht during a voyage around the Lofoten Islands to experience an Arctic winter.

Time To Quit My Job! 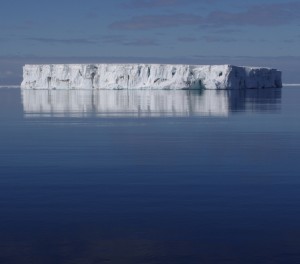 At the end of last year, I quit my job as a journalist in London and flew to New Zealand for the month-long voyage. In mid-January, I arrived at Dunedin to meet my fellow voyagers – including one daughter, three grandchildren and another family member of the original explorers – at a commemorative dinner held at our hotel.
The following day, when the Spirit of Enderby sailed out of Port Chalmers – just as Scott’s ship, Terra Nova, departed from there in late November 1910 – she was unhampered by the 19 ponies, 33 dogs, three motor sledges, hundreds of tons of coal plus a host of other paraphernalia such as huts, pony fodder and scientific equipment that put Terra Nova’s Plimsoll Line more than a foot under
water.

It was also with some relief that I found that my cabin was considerably bigger than the “six foot by two” which expedition member Apsley Cherry-Garrard described as the only “private room on the ship” allowed those on the Terra Nova. Neither were there rivulets of water or, worse, pony urine, pouring through open seams in the ship on to my bed.

The Spirit of Enderby also had satellite technology to help negotiate any pack ice in the Ross Sea. How Scott would have marvelled at this, after Terra Nova was held up by pack ice for three weeks during her journey south.

How would our expedition fare during the one month at sea?

Would we find a way through the pack ice to visit the huts and sites of exploration, and what would be our Farthest South? With no internet on the ship, the adventures of the centennial voyage are only now appearing on the web and I hope you will join us on our blog to find out how we get on.