Sailing Beyond The Arctic Circle To Bodo 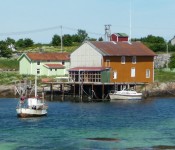 Three of the crew have got together to write the two blogs for this voyage with a paragraph from me (Su) too.

Read the first blog for this sailing holiday in Norway, Namsos to Bodo.

There are several other articles written about similar voyages by our guest sailors in SchoonerSail’s Newsletters .

Or check out availability for our sailing holidays this summer 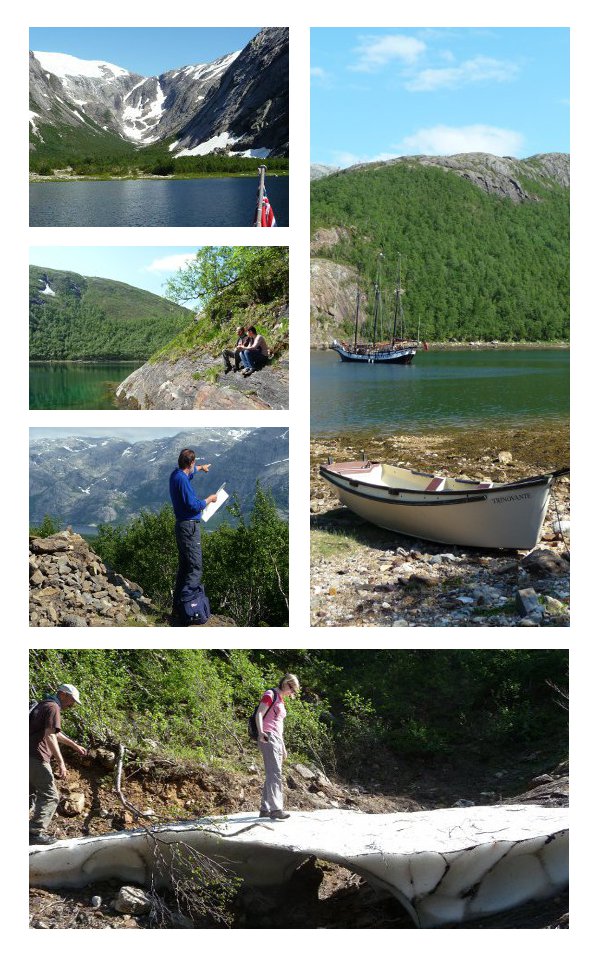 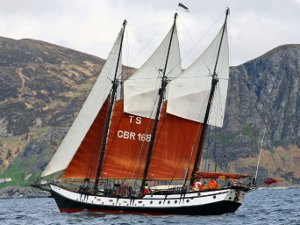 The schooner Trinovante with both fishermans topsails set.

We spent quite a while learning how to set and tack with Su’s favourite sail, the (in)famous fisherman’s. It was a proud moment when the crew managed to unpack, set and put away the fishermans without any assistance! Tacking becomes a much more interesting event when you are dropping a sail, tacking then resetting it. This year, as well as fore and aft fishermans, Trinovante is sporting a giant fishermans for lighter winds, which replaces the foresail and forward fisherman’s.

Curlew take over the roads on the Norwegian Island of Stott.

After a tremendous days sailing we decided to stay the day on the Island of Stott.
Managed to borrow a bike from Olaf the fisherman and did a tour of the Island. Most memorable was being surrounded by curlews. Their sound was so loud my wife in Herefordshire could hear them (on my mobile of course!). I was invited in for coffee & biscuits by Maggie who arranged for me to borrow the bike from Olaf, I was too exhausted to join the rest of the crew on their visit to the German bunkers. A most friendly Island, and typical of the memories and experiences on this voyage. 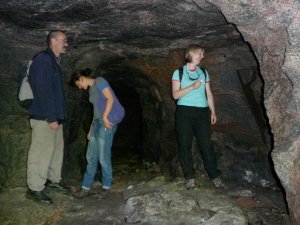 On our arrival at Stott we went out looking for the WWII Bunkers and gunning placements up on the northern side of the Island. After negotiating the narrow and quite slippery steps we were amazed at how extensive the bunker system was. Carved from the mountain granite by prisoners of war these tunnels were hardly noticeable form the outside but it was easy to imagine how huge the guns themselves would have been by looking at the concrete bases and remaining metal work left after the occupation.

I don’t know how much action these guns saw in their time but they would have been a formidable deterrent for any potential attacks and those Norwegian fishing boats who ferried supplies and refugees between the Shetlands and Norway during the war.

Su
We have a blog post coming shortly about a book called The Shetland Bus all about the fishing boats Tasha has mentioned above. Lots of crew are reading it onboard this summer.