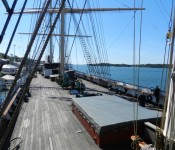 Book this voyage and others on
SchoonerSail’s Main Website 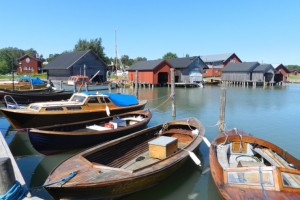 Small boats in the Aaland islands.

Strewn across the entrance to the Gulf of Bothnia in the northern Baltic Sea, the Aaland Islands come to life during the brief, warm, continental summer.

6500 islands are  set like emeralds in sparkling, crystal clear water.

The people here live and breathe ships and the sea. 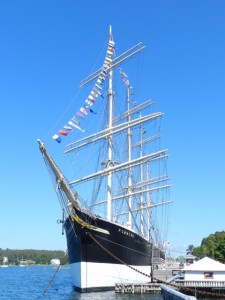 For Tall Ship enthusiasts the name of Mariehamn (Aalands capital) has an almost mythical resonance as the port of registry for the last fleet of sailing ships to carry bulk cargoes across the worlds oceans.

Today one of these ships, the Pommern, a 2500 tonne, 95m, four masted barque, is moored in Mariehamn.

The Pommern, often described as the finest and most authentic large merchant sailing ship in existance lies exactly as she returned from her last voyage.

It is astonishing to think that ships of this size sailed the world without engines as recently 1939.

We plan to keep time aside on this voyage to visit this amazing ship and renowned martitime museum. 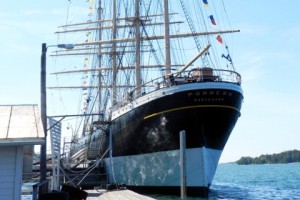 Many of the first hand accounts and images of the sailing ship era were created on the fleet of square riggers run by Aaland Islander Gustaf Erikson. As the era of commercial sail drew to a close Erikson ran his ships on a shoe string and made them pay partly by offering apprenticeships (now known as unpaid internships), sailing adventures and experiences onboard his windjammers. 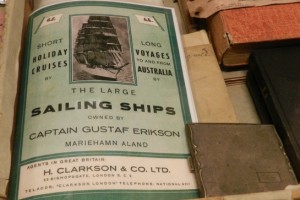 As a result the adventure of sail and the grain races from Australia to Europe entered popular culture.

This attracted a broader mix of international crew many of whom documented their voyages. Eric Newbys novel “The Last Grain Race” is one example of this genre. He sailed in 1938 aboard Eriksons ship the “Moshulu”. 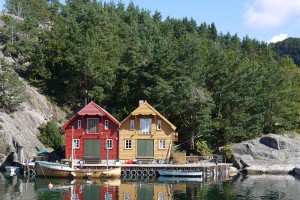 When we sail back to Stockholm leaving the islands in our wake we will carry with us the memory of thousands Aaland islands stretching beyond the horizon like an enormous Nordic Zen garden.

Book this voyage and others on SchoonerSail’s Main Website

Read more from Our Sailing Holidays