Sailing from Stavanger To Kristiansand, Norway 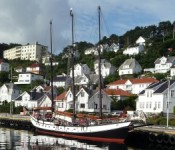 Several of the crew who sailed with us from Stavanger to Kristiansand in Norway have contributed to this blog post. 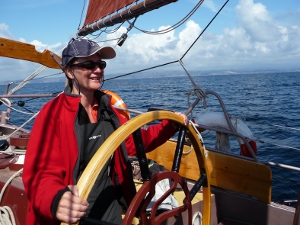 Does your coil make you recoil? Talk jibberish about your jib? Know how to react to ‘Sheet!!!!!!!!!’ being shouted at you (UK only – sheet /shit , ship /sheep etc ) . Well, if in doubt a leg on the Trinovante should set you to rights. Just done the Stavanger to Kristiansand leg with Sue and John. Here are some of the nice things that happened ( all the not nice things have been censored by Sue – editors note – Su says what not nice things? Can only imagine they happened in the quasi autonomous crew region beyond our remit. ) 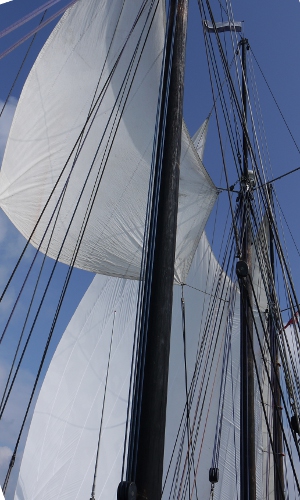 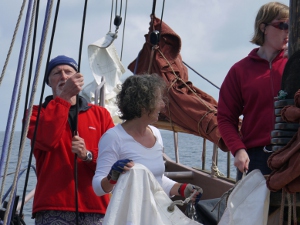 Good time for contemplation, lazing on the decks, nursing a mug of tea or just looking out to where the land meets the sea. Perhaps you will feel moved to try a word or several to crank up a Haiku;

We dream other dreams,
closer to reality,
on this floating world.

Then go pull on a line…

Read Reports From Coastal Stations
another SchoonerSail blog post by Geoff about his recent book.

Everything I was hoping it would be – and even better !
So far 3 days sailing with 1 night at anchor and 2 moored up on quaysides. After a fantastic day sailing we would arrive at an inlet that opened up into sheltered waters with stunning scenery or moor up at the quayside of a quaint little town.

Wonderful mix of activity and relaxation – good company and moments of peaceful solace. Sea-gazing and gentle exploration. Starting the day with a cup of tea on deck and ending with a brandy while watching the sun go down.

After last year’s beautiful trip up the coast of Arctic Norway, I couldn’t wait to rejoin Trinovante for another voyage. This time, a gentle cruise between Stanvanger and Kristiansand, just wish it could have been longer. Almost exclusively stunning weather, lazing on deck reading and chatting in between occasional adjustments to the sails. I seem to have progressed from feelings of complete incompetence to a level of mere incompetence, and can now coil a rope and reasonably frequently pull on the right rope when
required!

As ever, don’t go on Trinovante to lose weight, Sue’s food has had us somehow making space for seconds every evening. On deck, Sue tells me we have made a poor effort in eating only half the tub of biscuits, combined with industrial quantities of tea.

Last year Jess sailed to the Arctic Circle on Trinovante 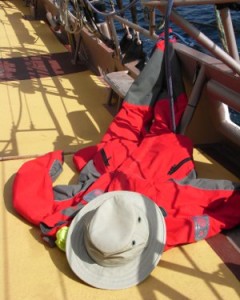 Several boat lengths before the final decision needed to be made as to which of the quays Trinovante would select to overnight against in Farsund, armed with chart plotter, binoculars and the appropriate pilot, John suddenly announced to the mate “I’m going below for the dictionary … make sure we don’t hit anything.”

Weather permitting “the break of the quarter deck” (technical term and NOT demarked by solid brown deck markings) can be recommend for an afternoon snooze. But Port or Starboard is your choice.

Ben Ainslie won Gold in the Olympics thus surely putting him in the same league as Nelson himself.